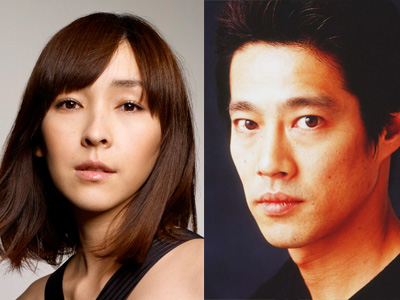 Several more cast members of the live-action movie “Uchuu Kyoudai” have officially been announced. Co-stars Oguri Shun and Okada Masaki were already revealed in March, and now they are being joined by Aso Kumiko, Tsutsumi Shinichi, and others.

“Uchuu Kyoudai” is an adaptation of an award-winning manga by Koyama Chuya about two brothers Mutta (Oguri) and Hibito (Okada) pursuing their childhood dream of becoming astronauts. Aso will play Ito Serika, another aspiring astronaut, while Tsutsumi will play Hoshika, a JAXA staff member who is one of the astronaut examiners.

Filming will wrap up next month. Theatrical release is scheduled for spring 2012.

Ichinohe Nami to tie the knot next month

Yamada Takayuki to become a father

Sashihara Rino’s “Muse no Kagami” gets a movie