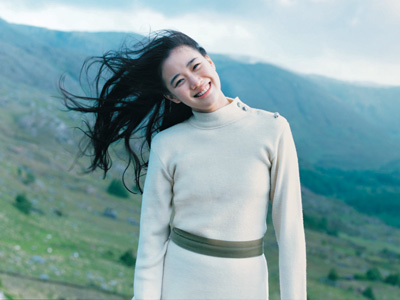 Aoi Yu’s new movie “Tamatama” is scheduled to open in theaters on October 15, it has been learned. The movie, which was shot entirely on location in Ireland, is the first feature-length film by commercial and music video director Komatsu Mayumi.

The film’s main concept is “tamatama,” which means “by chance.” Aoi plays a young woman who travels to Ireland, and the fantasy story depicts her life there as she encounters different people and places, resulting in occasional “miracles.”