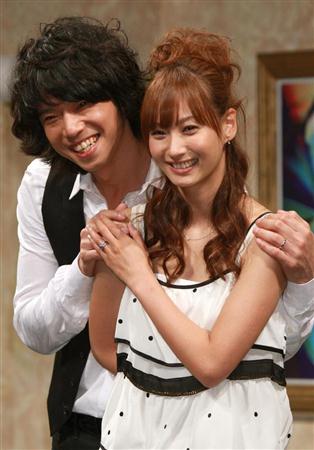 Talento and former Morning Musume member Fujimoto Miki (26) confirmed on her official blog yesterday that she and comedian Shoji Tomoharu (35) are expecting their first child. Shoji also announced the news on his own blog.

In her announcement, Fujimoto said that she is expecting the child next spring. News sources report that she is in her third or fourth month of pregnancy, with would put her due date around March or April.

Fujimoto still plans to continue her entertainment career for the time being, depending on her health. However, it has already been decided that she will not be able to participate in Dream Morning Musume’s concert tour that starts on September 24.