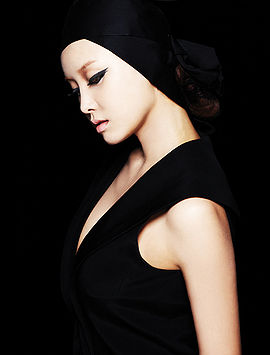 An Jin Kyoung (안진경) is a Korean Pop singer under WM Entertainment. She debuted in 2001 as a member of the girl group To-ya, however they disbanded after the release of their first and only album. Six years later she re-debuted as a member of the group Baby V.O.X Re.V. In 2010, two years after Baby V.O.X Re.V' disbandment, she debuted as a solo artist.