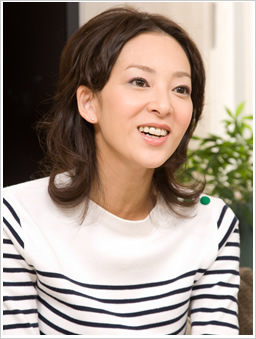 Anai Yoko first competed and made the final round in the All Japan National Beauty Contest in 1988 but lost to Hosokawa Naomi. She later won the grand prix a year later for Japan Telenet's Valis: The Fantasm Soldier Image Girl contest. She joined the idol group Tokyo Performance Doll in 1990. There, she did many things like being a talento on various variety shows and even a radio DJ.

After she graduated from TPD in 1995, Anai later joined the JUDY AND MARY-like rock band ORANGE. She later married professional golfer Yokota Shinichi in 2000. But, she quickly discovered afterwards that she couldn't have a kid due to a hormone unbalance called Endometriosis. But, this didn't stop Anai from having children as she adopted a son from a friend in 2002. But, in March 2007, she was able to give birth to a daughter.