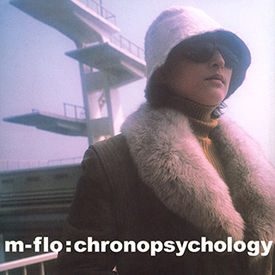 "chronopsychology" is the sixth single (fourth major single) released by m-flo. This single was released on the same day as the group's fifth single, "L.O.T. (Love Or Truth)". The title track was used as the theme song to the film Kuroi Ie. Track #5, "The Way We Were" is a re-recording of the group's debut single with added vocals from LISA (whom was not a member during the initial release)[1].

The single reached #24 on the weekly Oricon chart, and stayed on the chart for a total of eight weeks. This is the band's eighth best-selling single[2].