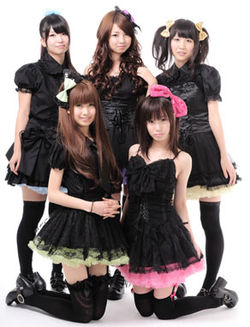 Danceroid began in 2009 with 3 members Itokutora, Aikawa Kozue and Minka Lee. With agreement between Itokutora and Minka Lee, Minka joined just for short time. In December, they released their 1st indie DVD called "DANCEROID". In 2010, after Minka left, they held auditions for new members. The 3 winners were: COCO, Maamu and Yuzuki. All of them also have their own Nico Nico Douga account.