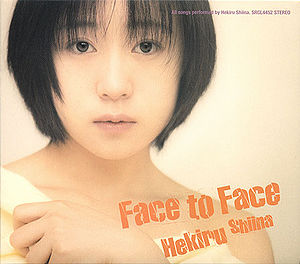 Face to Face is the sixth album released by Shiina Hekiru. Just like her previous album Baby blue eyes, this album contains an up-beat, high powered rock songs. The songs on the album have been described as a unique blend of modern pop melodies and old-fashioned rock guitar and piano. The first press edition of the album came housed in digi-pack, with the booklet printed on high quality glossy paper.

The album reached #6 on the Oricon chart, and stayed on the chart for a total of four weeks. In all the album has sold a total of 71,210 copies, making it Shiina's highest charting album.