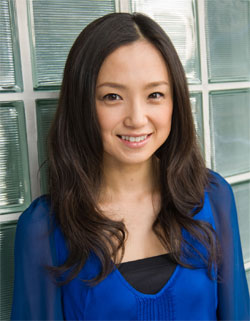 Nagasaku Hiromi (永作博美) is a Japanese pop singer and actress.

In 1988, Nagasaku Hiromi entered the girl contest Teenage Performance and won the grand prize. Even after winning the contest, she didn't get a chance to make her debut until she passed the audition for the pop idol group Otomejyuku, which was for the Fuji TV show Paradise GoGo!!. She passed the audition and soon became a first generation member of the group.

In 1989, she became a member of the three member idol group ribbon. It was also around this time that she started to act in various films and doramas, where she received many awards for her acting roles.

Nagasaku began her solo career in 1993, and she departed from ribbon two years later in 1995. In April 2009, she got married to filmmaker Naito Maro.