Respect the Power of Love 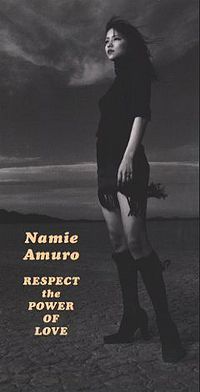 "RESPECT the POWER OF LOVE" is the 11th single released by Amuro Namie. It was used as the KOSÉ Cosmetics' VISÉE commerical song (which she was featured in) and also the Asahi Drink "niceOne" commercial song. On the same day the CD came out, Amuro's mother was murdered. Following this news she canceled the promotion for the single, and returned home to Okinawa.

This single reached #2 (being out sold by "Dango 3 Kyodai", the third best-selling single in Japan) on the weekly Oricon chart, and continued to rank for a total of ten weeks. It sold 491,920 copies, becoming the #43 single of 1999. The single was certified platinum by the RIAJ.