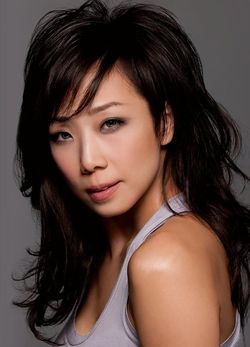 Lam Yik Lin (林憶蓮, 林忆莲), also known as Sandy Lam, is a renowed Cantopop and Mandopop singer and actress from Hong Kong who has a high career standing in Hong Kong, Taiwan, Japan, China, and other Asian regions.

Sandy Lam was born in Hong Kong on April 26, 1966. She began her entertainment career at age 16 as a DJ for Commercial Radio Hong Kong before signing on to CBS Sony Records to achieve a career as a singer. She released her first album Lam Yik Lin in 1985, which garnered mixed reviews for Sandy's image meant to replicate a Japanese pop idol. She later changed her approach in 1987 with the release of Yik Lin, which was certified double platinum for selling 100,000 copies, and she began to earn success from her new image with her wild, curly hair as her trademark.

Sandy joined Warner Music in 1988 and released her Doi Sik Juk Gok trilogy albums from 1988 to 1990. In December 1990, she made her successful debut in Taiwan by releasing her first Mandarin album, Ài Shàngyīgè Bù Huíjiā De Rén. The next year, she released her ground breaking coming-of-age Ye Fa album in Hong Kong to rave reviews.

Sandy debuted in Japan in 1993 with her single, "Dakaratte" and released her first Japanese album Simple in 1994, followed by Open Up in 1995. Also in 1995, she signed with Rock Records and teamed up with Taiwanese singer-songwriter/producer Jonathan Lee to release her 4th Mandarin album, Love, Sandy, which became one of the all time best-selling Chinese albums and made her popularity extend to other countries in Asia, including mainland China. In 2000, she switched to Virgin Records and released Lín Yìlián's. The single, "Zhì Shǎo Hái Yǒu Nǐ" became a huge hit and dominated the Chinese music scene for up to 8 months.

In December 2018, she announced her retirement from the entertainment industry following the release of her last studio album "0".

Sandy has won many awards in the course of her career, including Best Regional Performing Female Artist, Best Album, Best Female Vocalist, the Asia Pacific Most Outstanding Female Artist, and an honorary Music Award for her contributions to the music industry.

Sandy and Jonathan Lee married in 1998, and had their daughter, Li Xi Er, on May 17. However, the pair divorced in 2004. The year after the divorce, she was in a relationship with Chan Fai Hung, an employee of Gold Label Records until July 2006, citing her demanding schedules after her return to the Hong Kong entertainment circle. She has been in a relationship with drummer and singer Jung Kun, 12 years her junior, since 2011. 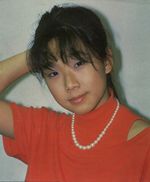 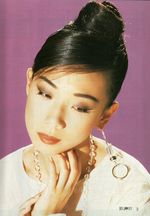 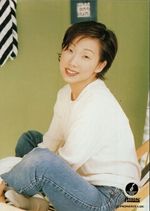 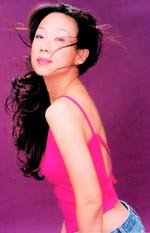