Difference between revisions of "Seohyun" 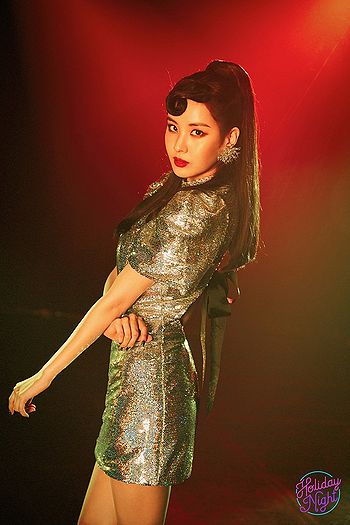 Seohyun (서현) is a South Korean artist currently signed to Namoo Actors. She was a member of the Korean pop girl group Girls' Generation and was discovered at the "2003 SM Casting System". Seo Hyun is the "maknae" or youngest of the group, and was an SM Entertainment trainee for six years and six months. She was a MC of Show! Music Core along with fellow Girls' Generation members Taeyeon and Tiffany. In October 2017, she didn't renew the contract with the group, along with Sooyoung and Tiffany.