Difference between revisions of "Vermilion." 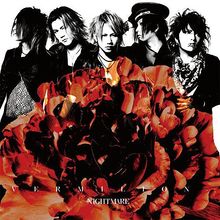 "VERMILION." is the 17th major and 19th overall single released by NIGHTMARE. It is their first release since tranferring labels from VAP to avex trax in early 2011. This was released in three different versions: a regular CD only edition that comes with the B-side song "trauma", and two limited CD+DVD editions (A & B), each one coming with a different music video. Type A contains the video for the title song, while type B contains the video for the B-side "ByeBye". The first presses of each edition comes with one randomly chosen (out of a possible five) alternate insertable jacket cover. The single reached #6 on the Oricon weekly charts, where it charted for four weeks. 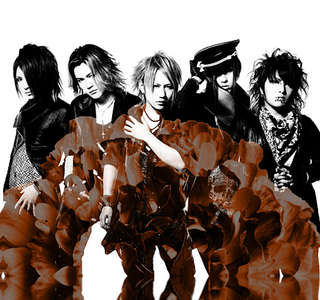