Difference between revisions of "Why So Serious - The Misconceptions of Me" 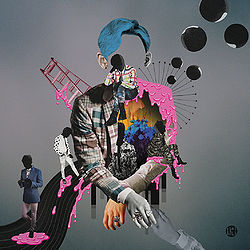