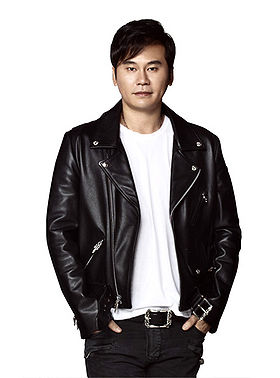 Yang Hyun Suk (양현석) is a Korean singer, rapper, and founder of YG Entertainment. He debuted as a member of the legendary group Seo Taiji & Boys until the group disbanded in January 1996. After the group's breakup, he didn't jump straight into his solo career, but instead helped establish and produced other artists. In 1998, he established YG Entertainment and released his much-awaited solo album.

On June 14, 2019, after running YG Entertainment for 23 years, Yang Hyun Suk stepped down from his positions and the business after many controversies surrounding the company and its artists. The news came shortly after his brother Yang Min Suk also stepped down from his lead director position.