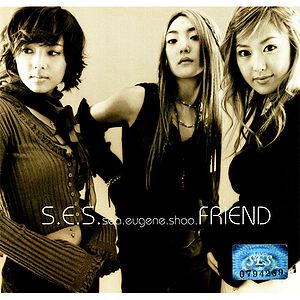 FRIEND is a greatest hits album released in 2002 by S.E.S.. It is S.E.S.'s last album to be released in South Korea before going inactive, and then officially disbanding in the following year. The album was also released in some parts of Asia, including the Philippines, Hong Kong and Taiwan. It contained one original song, the single "S.II.S (Soul To Soul)", but it was not promoted by the group.