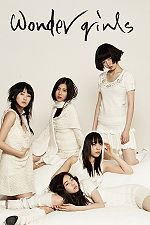 There are currently three versions of "Mianhan Maeum ~tears~" to be found in Wonder Girls's discography. These are:

Mianhan Maeum
Found on Wonder Girls's debut album, The Wonder Years as track #13, and their debut single "The Wonder Begins" as track #3.