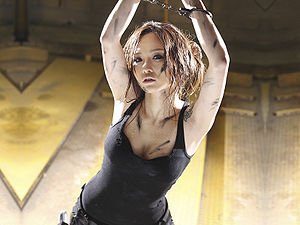 Kagiyama Yuka is a Japanese rock singer and will re-debut in 2009 under avex trax. She will be making her singer debut in July with the theme song for the dorama LOVE GAME. She was known as Minato when she was signed under Sony Music Entertainment back in 2003.