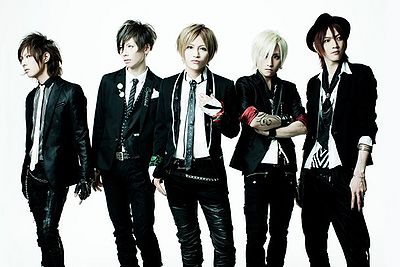 Lc5 is a five member Japanese rock band of the visual-kei variety. They formed in the summer of 2010, and are a major band signed with Sony Music Entertainment. Lc5 had their first live in June at Shinkiba STUDIO COAST, and soon debuted with their single "Loveless" three months later on September 15th.