"Loveless" is the debut single released by Lc5. This was released in three different versions: a limited CD+DVD edition (A) that comes with a DVD of the first volume of a documentary of Lc5, a limited CD+Photobook edition (B) that comes with a 24-page special booklet, and a regular CD only edition that comes with a live track of "TELL ME!!", which was taken from their "Live Crash #1" live at Shibuya CLUB QUATTRO. The titular track's lyrics were written as a love song from a woman's point of view, while their second single "STORY" was written from a man's. The single reached #23 on the Oricon weekly charts, where it charted for three weeks. 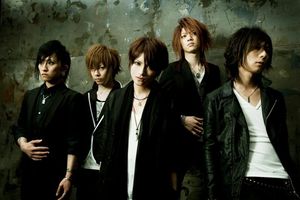