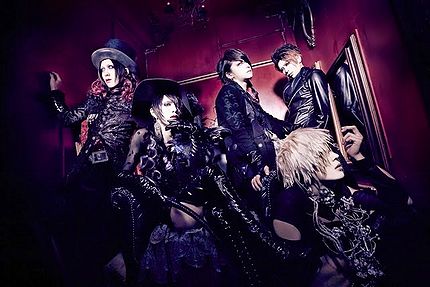 Lycaon (リカオン) was a Japanese visual-kei band under Shimizuya Records. The group was formed in 2007. Lycaon disbanded after their one-man live final, MASOCHIST RED OBSCURA Vol.2 -endroll- at Akasaka BLITZ on November 6, 2015.

Exactly a year after the disbandment, last five members of Lycaon announced their come back under the name of Initial'L.

Lycaon was formed by bassist Mio and drummer Eve on September 2007. The line-up was filled by the ex-members of Amulet*: Yuuki on vocals, Zero (formerly known as Rito) and Satoshi on guitars. Their debut single "RED RUM" was released on March 19th, 2008. On March, Lycaon played their first one-man concert at Nagoya Heart Land.

On April and May 2009, they had a two-man tour with band R-Shitei. The tour was called Hatashijou, so did their coupling single, which was distributed from April 4th to May 5th.

Lycaon's first album Royal Order came out on March 24th, 2010. Then Mio and Eve decided to leave the group after their live at Shibuya O-WEST on June 30th 2010. The bassist was replaced by Hiyuu and the drummer by Ichirou (who had been a support drummer, but in October 2012 became Lycaon's official member). 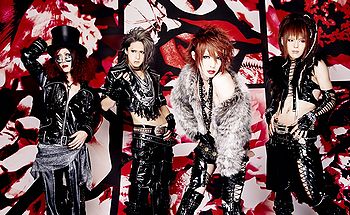