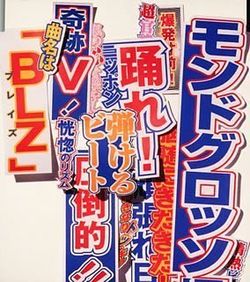 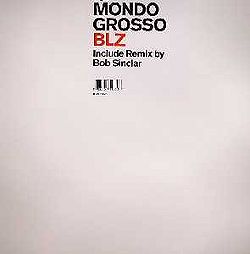 "BLZ" is MONDO GROSSO's 9th single and features Blue Jones on vocals. It was used in the 2002 FIFA World Cup album "Fever Pitch" as the contributing track from Japan, released worldwide in 30 countries. The song was later used as the CM song for Kirin Beer's Hyouketsu alcoholic drinks in 2003. It was released on CD and Vinyl formats, with the Vinyl release containing a remix as a B-side. A digital release of the Vinyl was made in 2007, released worldwide under King Street Reocrds. It debuted at #98 on the Oricon charts and charted for 1 week.