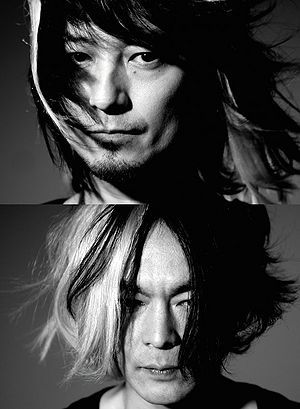 BOOM BOOM SATELLITES (ブンブンサテライツ) is Japanese rock band under gr8! records. They were formed in 1990 while still attending university and their name is from a Sigue Sigue Sputnik song. In late December 2012 Kawashima Michiyuki was discovered to have symptoms of the early stages of a brain tumor, and the band cancelled all 23 shows scheduled from January to March 2013 to set aside for treatment and surgery.

BOOM BOOM SATELLITES is the Tokyo-native duo of Nakano Masayuki and Kawashima Michiyuki often casted as The Chemical Brothers of Japan. BOOM BOOM SATELLITES first gained a following in Europe's club scene with the release of "Dub Me Crazy" and "For A Moment of Silence" in 1997 and eventually were recognized and signed by Sony Music Entertainment. Combining and twisting rock guitars with electronica the group is known for live shows that go above and beyond most techno artists with live percussion and guitars tossed into the mix. In the year 2004, the duo teamed up with other popular techno artists from the U.S. and Japan to compose the soundtrack for the anime movie remake of Appleseed. 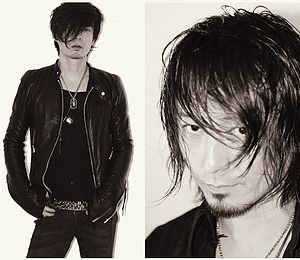 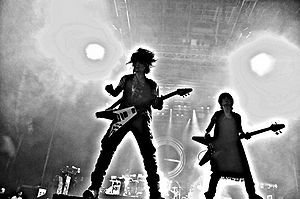 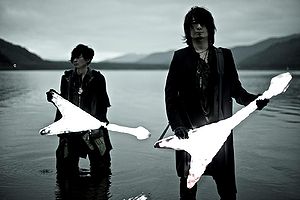