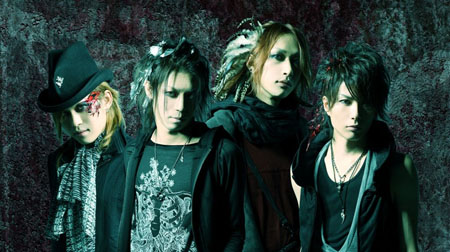 D'espairsRay was a visual kei band formed in 1999 by HIZUMI (ex-Le'veil), Karyu (ex-Diur Mind), ZERO and TSUKASA (ex-Le'veil). They disbanded on June 15, 2011 after 6 months of indefinite hiatus due to a problem with HIZUMI's vocal chords.

The group had a darker appearance than most of other Japanese visual bands, and also a different music style which was a mix of nu-metal and industrial metal, however their more recent material become lighter and more varied. D'espairsRay never changed their lineup throughout their career, and for the most part have kept true to their visual roots. They were one of the first Japanese rock bands to venture overseas to North America.