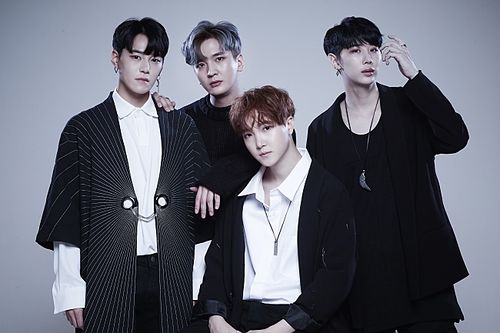 LU4US (루커스), formerly known as LU:KUS and L.A.U, is a Korean pop boy group that debuted in 2014 under Box Media. They are currently under JWK Entertainment.

LU:KUS is a special way of saying "Look Us" meaning "Look at us". The group was formed by Donghyeon, J.One, Kyungjin, Choi and Jinwan, scheduled to debut under Box Media. On June 3, 2013, it was announced that the group were relocated to Pan Entertainment, through their Daum Cafe. They officially debuted in July 2014 with the digital single "So Into U".