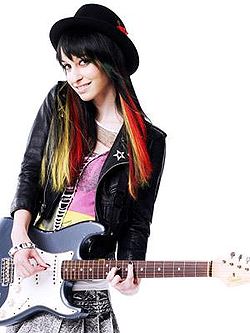 BECCA (ベッカ) is an American pop-rock singer that was signed to Sony Music Japan International. She made her major debut in Japan with the mini-album Perfect Me ~Kanpeki na Watashi~ in June 2008. BECCA is known for her song "I'm ALIVE!" which was used as the first ending theme for the anime Kuroshitsuji and was released as her first single in Japan. As of 2012 she is currently the singer of the American rock band Stars in Stereo.

Born in Portland, Oregon, BECCA started to write song at a young age and began to learn guitar at the age of 10. In early 2008, she signed with Sony Music Japan International and debuted in Japan with the mini-album Perfect Me ~Kanpeki na Watashi~. Her second mini-album, TURN TO STONE was released two months later, featuring the songs "TURN TO STONE" and "Guilty Pleasure" which were used as the opening and ending theme for the anime Ultraviolet: Code 044. In November 2008, BECCA released her first single "I'm ALIVE!" which was used as the first ending theme for the anime Kuroshitsuji following by her first full-length album ALIVE!! released in January 2009. 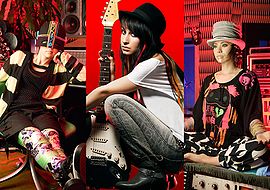