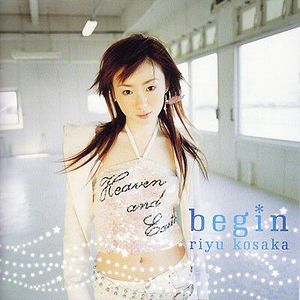 "begin" is the debut album released by Kosaka Riyu. Most of the songs are covers of various artists from Dance Dance Revolution series. However, the A-side of her debut single "true..." wasn't included in this album.