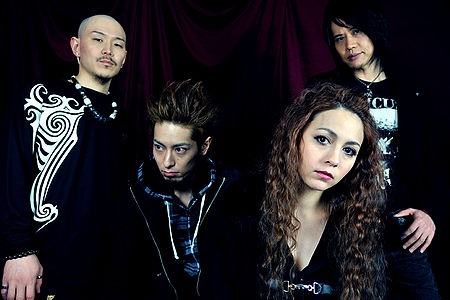 HEAD PHONES PRESIDENT is a Japanese metal band. The band formed in the late 1990s and made their major debut in 2000 with the single, "escapism". Since their debut the band has made sporadic releases, with the most recent being their 3rd album Stand In The World in June 2012.

HEAD PHONES PRESIDENT, or HPP, formed in the late 90s with brothers HIRO and MAR and vocalist ANZA, best known for portraying Sailor Moon for several years in SeraMyu. Eventually OKAJI joined, as well as bassist KAWADY. However, KAWADY was only in the band for one single, and since then, the metal band has gone through one more bassist before finally sticking with NARUMI.

Drummer OKAJI, who had been with them since their "escapism" single, left the band unexpectedly in 2005.