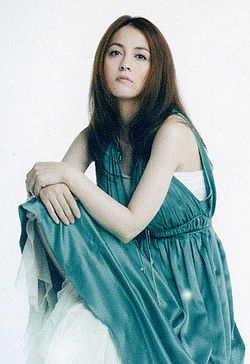 ANZA is a South African/Japanese musician and actress who originated the role of Sailor Moon in the Sailor Moon musicals or Sera Myu, playing the character from 1993 - 1998. Currently she is the lead vocalist of the metal band Head Phones President.

A former member of Sakurakko Club and MOMO, ANZA has released three solo singles and is currently the lead singer of Head Phones President. She is also still an active stage actress, appearing in such musicals as "Miss Saigon" and "Les Miserables", where she was one of three actresses playing Eponine on alternating nights (another was Sakamoto Maaya).

In August 2006 she released her first solo single in more than five years, Kanata e, on the Universal Music Japan label. It was used as the ending theme for the anime Glass no Kantai.