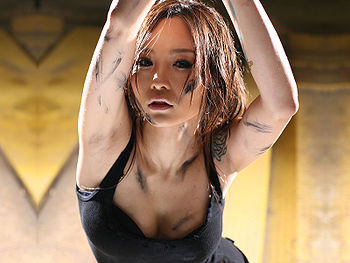 Yuka Kagiyama is a Japanese rock singer and will debut in 2009 under Avex.

Yuka Kagiyama is sexy, athletic and has a gift for singing. That is what the record company is asserting on the singer's official site. Announced as a rock singer, she will make her debut on June 24th with her debut single Love Player, theme song for the dorama LOVE GAME.

She is barely out of avex's auditions, but avex is already placing big hopes in her and uses a commercial strategy that only Max Matsuura could make up. Beside the fact that avex reveals the singer's mensurations on her home page, four editions of Love Player will be out. Not mentioning a big tie-in, since the song is used as the ending song for the drama LOVE GAME, which started airing on April 23rd. 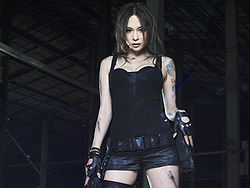