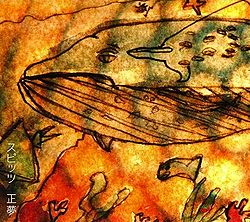 "Masayume" is the 29th single released by Spitz. First press comes housed in a digipack. The title track was used as theme song for the drama Medaka, and as Fujifilm CM theme song. The single reached #4 on Oricon charts, and charted for 14 weeks.