Sen no Yoru to Sen no Hiru 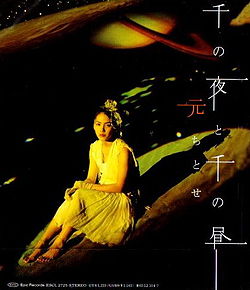 "Sen no Yoru to Sen no Hiru" is the fourth single released by Hajime Chitose. Includes a cover of the Cyndi Lauper 1986 song "True Colors" from the album of the same name. The title song was used as the Japanese Coca-Cola "Marocha 120" commercial theme song. The single reached #6 on the Oricon charts, where it charted for 11 weeks and sold 56,000 copies.