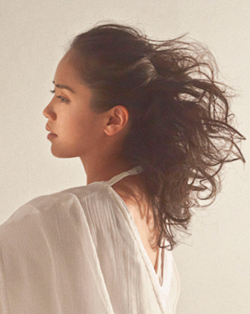 Hajime Chitose (元ちとせ) is a Japanese Shima-Uta, specifically Amami Folk, singer. At a young age she had won numerous folk-music awards for her singing and was even approached by a several record companies. However, she turned down these offers, opting instead to study to pursue a career as a beautician. When an allergic reaction to the chemicals in the products caused her to drop-out of beautician school, Hajime seriously considered a music career. She is signed with the major label EPIC Records and is managed by Office Augusta.

After being the Amami Folk Song Grand Prize Winner for three consecutive years in the early 1990's, Hajime was approached by Central Gakki records. The independent label signs Shima-Uta singers and distributes all of their releases in the Ryukyu Islands. She recorded an album full of Amami folk songs titled Higya Merabe in August of 1994 on cassette tape, her only album to be in that format. She was only 15 years old at the time of release, and as expected of Shima-Uta singers she plays the shamisen throughout. Two years later Hajime won the Amami Folk Song Grand Prize Award and put out another Amami folk song cover album. It was released in December of 1996 and was called Shima・Kyora・Umui. This was her first album to be released in CD format.

In late 2000 early 2001, Hajime signed with indies label atsugua records, a subsidary of Office Augusta. Office Augusta would later become her management office after she signed with EPIC Records. Here she put out two mini-albums, both in 2001; the first one was her self-titled cover mini-album Hajime Chitose on March 9th. Unlike her first two cover releases, she mainly covered foreign artists. The mini-album was also her first charting release, reaching #43 on the major Oricon charts, where it charted for 14 weeks and sold 60,000 copies.

Because of her debut mini-album's early success, Hajime recorded and released another. The mini-album would be Kotonoha, her first release of original material, on August 1st. This release did better than her self-titled one, reaching #37 on the major Oricon charts, where it charted for 15 weeks and sold 71,000 copies. After the successes of both of the mini-albums, Hajime got a major label record deal with EPIC Records.

On February 6th, 2002 Hajime released her debut single and first major release "Wadatsumi no Ki". The single reached #1 on the Oricon charts, where it stayed in the top 10 for three months and charted for 37 weeks. It sold 848,000 copies overall, and because of that it became the third highest selling single in 2002. Three months later, on the 22nd, she released her second single "Kimi wo Omou". This is the first of her singles to include cover songs. It reached #6 on the Oricon charts, where it charted for eight weeks and sold 111,000 copies. 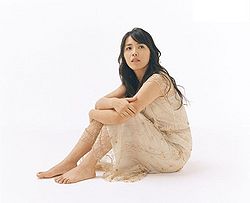 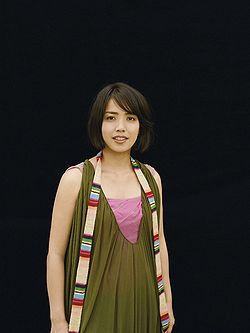 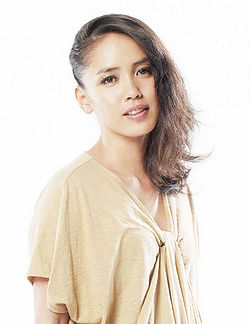 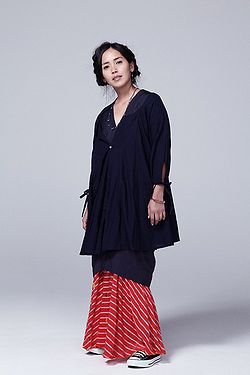