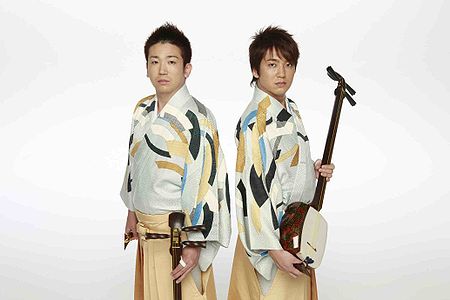 The Yoshida Brothers (吉田兄弟) is a Japanese group with international success.

The Yoshida Brothers are a classical/progressive pair of musicians who both play the Tsugaru-shamisen. Brothers Ryoichiro and Kenichi Yoshida began their powerful rise to fame in 2003 with their self-titled, inaugural album. Since that time they have become icons for a new breed of music, blending classical shamisen music with contemporary instruments such as rock drums, bases, guitars and synthesizers, putting it all together to create some of the most intriguing and inventive music ever.