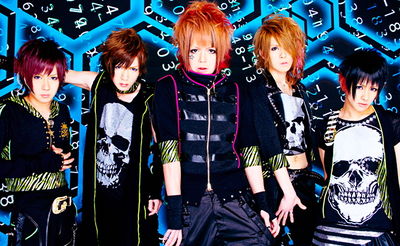 xTRiPx (originally written as ×トリップ×) was a five-piece Japanese rock band of the oshare-kei variety. Yo-shiT and Shougo, the vocalist and guitarist respectively, formed the band in July of 2003 in Fukuoka City. The city was their base of operations until April of 2009, the month when they moved to Tokyo after a successful one-man concert at Shinjuku MARZ. xTRiPx descibes their concept and music as "Free Style Mixture", mixing rock with heavy R&B and electronic influences. They are an indies band with their releases being distributed by the label SPEED DISK.

On May 10th, 2011 it was announced through their official website that both guitarist Shougo and bassist Chobi would be leaving the band due to musical differences after their one-man live at Takadanobaba AREA on July 21st. Due to the decision, xTRiPx went on hiatus after the concert.[1]

Eventually, xTRiPx disbanded on February 13, 2015, after their last one man concert at Fukuoka DRUM SON.