From generasia
(Redirected from & You Revolution)
Jump to: navigation, search 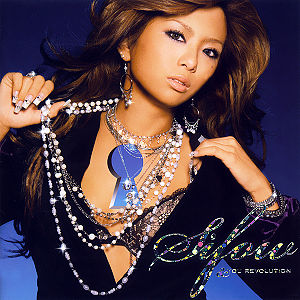 & YOU REVOLUTION is the first studio mini-album released by sifow and was self-released in early 2006. Jewel was used as the TBS series "Ai-Chiteru!" ending theme. The mini-album peaked at #281 on the Oricon Charts and charted for one week.