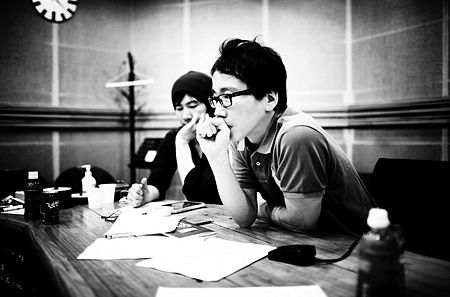 015B (공일오비) is a Korean music duo which was formed in 1990. They started as a four-member band however after their 10 year hiatus, in 2006 they made their comeback as a duo featuring only two members, Jang (real name Jung Ki Won) and Jung, brothers. They are known for performing multiple genres, from acoustic tracks to lounge or pop. Most of their works feature guest vocalists.