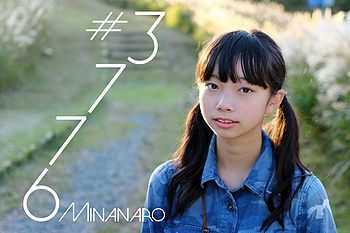 3776, pronounced Minanaro (みななろ), is a indie Japanese experimental idol unit from Fujinomiya, Shizuoka. The group was founded by producer Ishida Akira after the split of his unit TEAM MII. It is lead by Ide Chiyono, and in the beginning it was made up of ten members. The group performs in different formations, which are known as Seasons. Ide started working as a solo act for Season #3.

3776 Extended is the live formation of the unit. It features producer and manager Ishida Akira on the guitar and looper, with Ide performing vocals and looper. This version of the group features song that are often performed by TEAM MII or completely improvised.