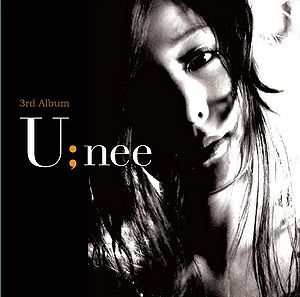 3rd Album is U;nee's third and final album. The song "Seup Gwan (acoustic ver)" was used as the lead track for a tribute song and video for U;nee. The album was planned to be released on February 1st, 2007 however on January 21, U;nee committed suicide, supposedly, due to depression. They were not going to release her third album but due to her family allowing it to be released and the high demand it was released as a gift to her fans five days after her tragic death.