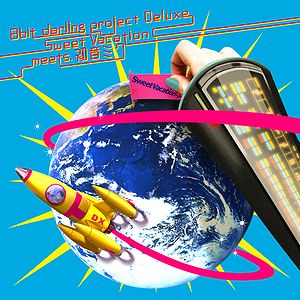 8 bit darling project ; DELUXE is the first remix album released by Sweet Vacation. It is a collaboration with the virtual vocoloid idols Hatsune Miku, Megurine Luka, and Kagamine Rin, along with many other artists. This was first released through the TSUTAYA store chain on August 5th and it came with a slipcase. On the 19th it was released through both Amazon and the Japanese iTunes store, with the latter edition coming with a bonus track. The album reached #171 on the Oricon charts, where it charted for a week.