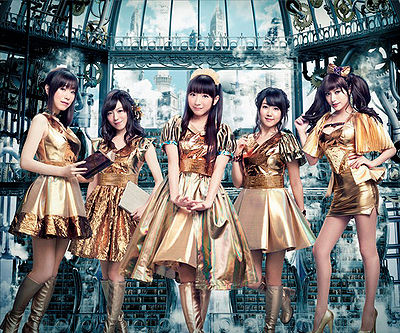 Aice⁵ (アイス) is an all-female Japanese pop group that is comprised of five Japanese voice actresses. Horie Yui founded the group on October 29, 2005. The group was officially disbanded as of September 20, 2007 on Horie's 31st birthday, but reunited in the summer of 2015 to appear in the anime series Sore ga Seiyuu! for their 10th anniversary.