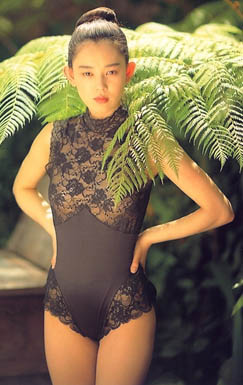 Aikawa Eri (相川恵里) is a former Japanese pop idol singer and actress under the agency Artist-house Pyramid. She got her break in 1987 when she won the grand prix for the 2nd Annual Lotte CM Idol wa Kimi da!. She debuted as a singer a year later with single "Junai Countdown". Her second single, "AB Complex", became a hit around Japan and earn her the Rookie of the Year award at the 1988 Japan Record Awards. At the same time, she also debuted as a television actress, starting with the role of Miura Yoiuchi's younger sister on the show Netsuppoi no!.

In 1990, she was chosen to sing the theme for the International Flower and Greenery Fair. She later married professional baseball player Oshio Ken'ichi and retired from show business soon after.