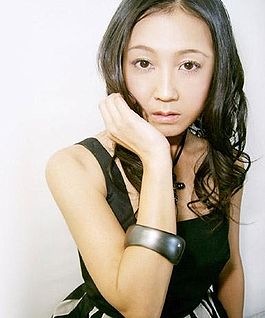 Amagata Naomi (天方直実) is a Japanese singer-songwriter. Amagata first appeared on the TV Tokyo program ASAYAN. But, it wasn't until 1996 when she made her singing career with the Cozy Kubo produced single "Aitai Kimi ga Inai". As part of the Tetsuya Family (until 1999), Amagata's songs would appear as theme songs for shows like ASAYAN and various commercials.

In 2000, Amagata went to New York to study jazz and gospel. While there, she auditioned for the Apollo Theater's amateur knight audition, which she won a month later. Not soon after, Amagata return back to Japan and announced that she has become a singer-songwriter.