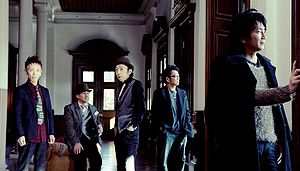 Anzen Chitai (安全地帯; Safety Zone) is a Japanese rock band that formed in 1973 by five musicians in Asahikawa. They debuted in 1982 and became one of the most successful rock bands of the 1980s.