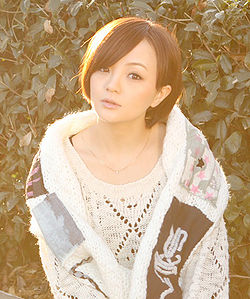 Asami Yuko (浅見ユウコ) is a Japanese pop singer-songwriter. She was formerly known as YUKO during her rise to fame as a part of the group, YeLLOW Generation. After the group disbanded in 2006, Asami begain working towards a solo career. In 2007, she got a voice acting role in the anime Hitohira (ひとひら), and she released a character single for the series. In 2009, she signed with an independent record label, and started releasing digital singles through Music Tree. She released her first mini-album Distance in 2013.