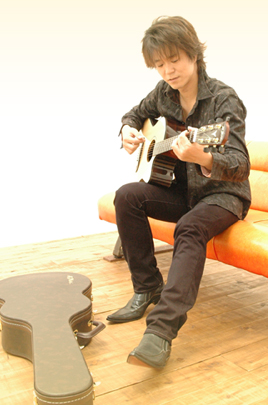 Asaoka Yuuya (浅岡雄也) is a Japanese singer-songwriter and former vocalist for the bands FIELD OF VIEW and PANDORA.

Asaoka Yuuyu got his start as the vocalist for the band PANDORA from 1990 to 1991. Later on, he became the vocalist for another band FIELD OF VIEW from 1994 to 2002. A year later after the band broke up, Asaoka started his solo career by releasing his first album, Uta no Chikara, in 2003.