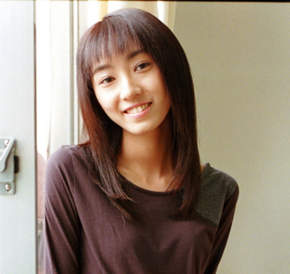 Ashimine Nanako (安次嶺奈菜子) is a Japanese singer-songwriter. While during in high school, Ashimine began her career in show business as a model and talento. She later debuted as a musician in 2006 under the label Crown Record with the single Sotsugyou ~Sayonara wa Ienai~.