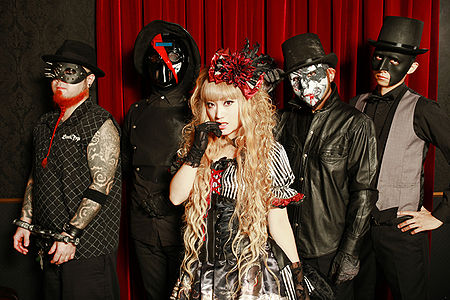 Aural Vampire (オーラルヴァンパイア) is a live focused Japanese gothic unit. Their music has been described as "Electro-Gothic Pop" and combines influences from electronica, new wave, and industrial. After being an unsigned duo since at least 2004, Aural Vampire signed with major label avex trax in 2008 and released three self-titled digital singles, a mini-album, and an album. In 2012, they left avex trax and signed to Yottabyte Records and added members to the group changing it to a band. 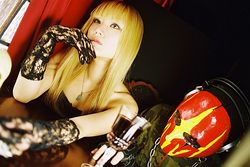 Aural Vampire formed sometime before 2004, after EXO-CHIKA and RAVEMAN both graduated from high school. The two had met there, and became friends from their love in 70's-80's horror movies and art. After school they participated in different music related projects until EXO-CHIKA took the part of a vampire-themed vocalist and RAVEMAN a B movie masked slasher villian-themed music producer, creating Aural Vampire. 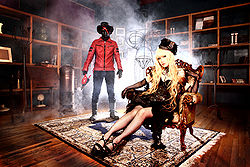 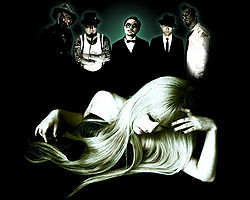