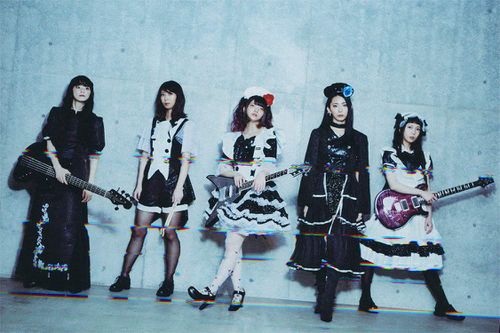 BAND-MAID (バンドメイド) is an all-female Japanese rock band formed in Tokyo in 2013. They describe themselves as "an impossibly hard rocking maid band," and their music contains elements of hard rock, heavy metal, pop punk, and progressive rock. 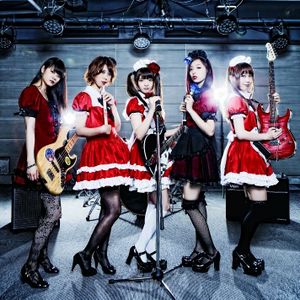 Following the break-up of her short-lived idol group, Lil Cumin, singer Kobato Miku conceived the idea of combining a hard rock band with a maid café image, emphasizing the contrast, or "gap." She approached singer/songwriter/guitarist Tohno Kanami after discovering her through videos uploaded to the internet. Kanami suggested they include Hirose Akane, a drummer she had worked with on previous occasions who was at that time without a band. In turn, Akane recommended bassist MISA who was a friend and fellow student at the Tokyo School of Music. The original, four-person lineup performed their first gigs in July 2013, but soon decided that the heavier rock styles they wished to explore would require more powerful vocals. Atsumi Saiki was auditioned and joined the band in August. Miku would continue as backing vocalist and alternate lead vocalist, later solidifying her position as rhythm guitarist. 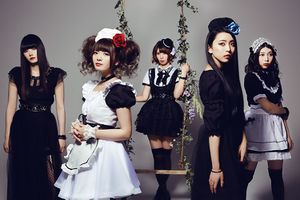 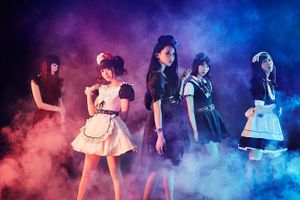 BAND-MAID performed their first "one-man show" at Shibuya Milkyway in Tokyo on 8 February 2014, shortly after the release of their first album, MAID IN JAPAN. Throughout most of 2014 and 2015, the band performed frequently at various Tokyo clubs, most often at shibuya eggman. One of their first Japan tours, the "Nest Generations Split Live Tour" with co-stars Caramel and vivid undress, took place from January to March 2015.

From their earliest days as a band, the members described their ultimate goal as "world domination," having their music and name known around the world. Their first taste of world popularity came with the November 2014 release of their debut music video on YouTube, Thrill, which exploded with millions of overseas views. The success of Thrill, with a much harder rock sound than their earlier material, pointed the band in a new direction, and this new sound was more fully explored on their sophomore release, New Beginning.

The band moved from Gump Records to major label Nippon Crown and joined JPU Records for international releases, shortly afterwards playing their first shows outside of Japan at Sakura-Con in Seattle, USA in March 2016 and at MCM London Comic Con in the UK in May. From June to November of that year, they embarked on their first "one-man" world tour, in support of Brand New MAID, playing 23 shows in Japan and hitting 8 foreign countries in Europe, Asia, and Latin America. 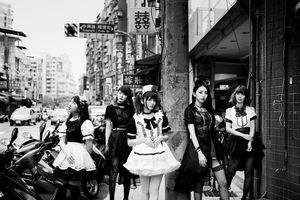 The year 2017 was a watershed for BAND-MAID, who released their first full-length album, Just Bring It, and performed at various festivals in Japan, Taiwan, China, and the USA, as well as on another "one-man" tour of Japan and Europe. The tour finale at Shinkiba Studio Coast, on 24 November 2017, was recorded and released as a DVD. This would soon be followed by their most extensive tour to date, the two-year-long "World Domination Tour" in support of the WORLD DOMINATION and CONQUEROR albums. Two complete shows from this tour were also recorded and released as DVDs, the 13 April 2018 show at Zepp Tokyo and the tour finale, the 14 February 2020 show at Line Cube Shibuya.

The band was scheduled to appear at numerous festivals and had already announced a 2020 tour of Japan and an appearance at the Nippon Budokan in February 2021, but restrictions due to the COVID-19 pandemic lead to the cancellation of all live shows for over a year. To fill the gap, the band began performing a series of "Online Okyu-jis" where they were able to play for a worldwide audience in more than 66 countries. They also wrote and recorded Unseen World, their fastest and heaviest rock album to date. 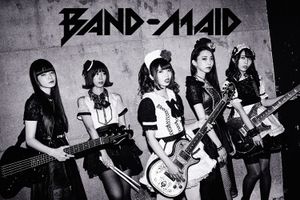 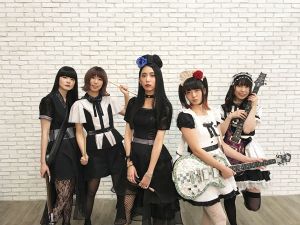 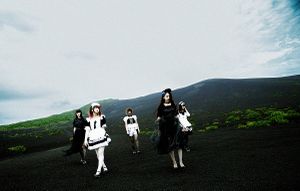