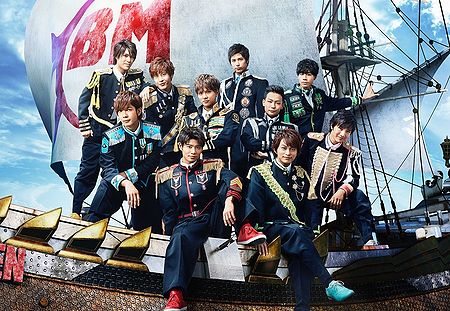 BOYS AND MEN is a male idol group formed in 2010, comprising of members born in the Tokai region in Nagoya. They are managed by Fortune Entertainment, and signed to Fortune Records. active in a wide range of song, dance, and theater, along with regular musical theatrical performances, TV and radio appearances, and special events. The group made their major debut on 2015 with the single ARC of Smile!, which was used as the theme song for Yu-Gi-Oh ARC-V. Their movie "Samurai Rock" premiered in theaters on May 2015.

This article is a stub. You can help generasia by expanding it.
Template:BOYS AND MEN